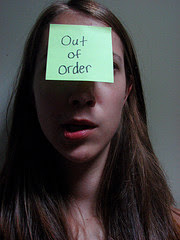 A favorite theme these days when writing about the unconscious mind and decision making is about how bad we humans are at making decisions. A perfect example is Dan Ariely’s Predictably Irrational.

Don’t get me wrong… it’s a great book, and I recommend that you read it BUT I take issue with one of the basic underlying and overt assumptions. The book explores human decision making, and describes (in an easy to read and entertaining way) some of the research on how people make decisions. I write in Neuro Web Design about all the myriad ways the unconscious mind guides, decides, affects the decisions we make. No disagreement there. But where we disagree is Ariely’s assumption that if we would all pay attention to how irrationally we are making decisions then we would see the light and start to change. He is saying that we can overcome our innate tendencies to be irrational and instead choose to make rational choices.

He’s missing the point. We aren’t actually irrational. We’re perfectly rational — according to the UNconscious mind. It’s an adaptive response (see Timothy Wilson’s book Strangers to Ourselves: The Adaptive Unonscious). And we can’t change. That’s like saying that people should stop seeing color. We can’t! It’s just the way we’re built. Our seemingly irrationality comes from the way the unconscious mind has learned to deal with the huge amounts of data that that logical conscious mind can’t begin to process in a quick manner.

Don't Personalize: Cluster Instead!
Close Up Photos More Persuasive At A Charity Site

2 Replies to “Irrational or Just Human?”