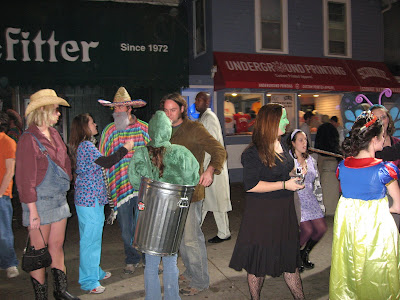 In a TED video filmed in 2004 and published in 2006, Malcolm Gladwell (author of Blink and Outliers) talks about human variability. The talk is entitled “What we can learn from spaghetti sauce” because he discusses the evolution of commercial spaghetti sauces from only a few varieties to hundreds (at the time of the filming Prego had something like 36 sauces).

Market researchers and product developers, he would argue, ask the wrong questions. In fact he makes the important point that you can’t ask people their preferences at all, since preferences are largely unconscious, and asking them to talk about preferences invokes conscious thought. Most people don’t know what they prefer, or will prefer in the future, but they think they do. So they will give you an answer, but it isn’t accurate (watch out those of you who conduct focus groups!).

You might feel overwhelmed figuring out how to plan for or design a product for human variability, but there is a practical way to deal with this. You don’t have to design for each individual with all their variabilities. What you do instead is enough research to identify variability clusters. If you collect data (not by asking! but by testing and observation) you will find that most people cluster into a finite number of groups. And then you can design for those groups. Instead of designing for a million individual preferences you can design for 5 main clusters.

To apply this to the design of technology: Personalization of web sites and web applications, so that each individual can adjust what they see, might not always be the best way to go. If you’ve done your homework you should be able to place each person in the appropriate cluster and show them what they need. Then perhaps they can tinker a little from there. How less overwhelming that would be for both designer and user than starting from a generic template that fits no one.

To watch the TED video:
http://www.ted.com/index.php/talks/malcolm_gladwell_on_spaghetti_sauce.html