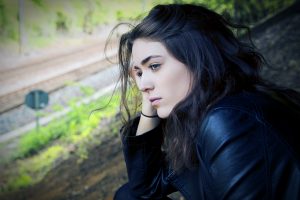 How accurate are memories? Did you see the movie Inside Out? In the movie memories are stored as round colored balls. And the balls can be retrieved and played back. This seems intuitively right. You think back to when you were last at a family gathering or an annual work celebration. You run the event back in your mind, and it almost seems like you’re watching a movie. We think that memories are like digital recordings of specific facts or events. But that’s not how memories are stored or retrieved.

Anything that’s occurred since you first created the memory may affect the original memory. For example, you remember that your Aunt Kathy was at the family reunion last August, but actually she wasn’t at that reunion, she was at the holiday party in October. The memory has been altered and you probably aren’t aware of the alteration.

Ten years later — Within a week of September 11, 2001, several researchers joined together (William Hirst, 2015) in the US and sent out surveys about the event. They then sent out follow-up surveys to the same people eleven months, twenty-five months, and 119 months (almost ten years) after the event. They found that people’s memories of the event (where they were, how they reacted, what happened during the event) changed a lot in the first year, and included many inaccuracies. After the first year the memories stabilized—meaning they didn’t change, but they still contained many inaccuracies. At the ten-year mark the memories remain stable, but still inaccurate.

The researchers also studied also whether external events—how much people watched media accounts, talked to friends, or were personally affected by the events—had an effect on the memories or the inaccuracies. They found no effect. Flashbulb memories change a lot over about a year and then seem to resist change after that.

Memories can be erased — Did you see the movie Eternal Sunshine of the Spotless Mind that came out a few years ago? It’s about a service people can hire to erase specific memories. When the movie came out there was speculation that this might be possible, but strong proof wasn’t in. Now, however, we know that it is possible to erase memories. In fact, there are several ways to erase a memory. They’re all based on the idea that when you retrieve a memory you’re actually not retrieving an intact memory and playing it back—you’re recreating the nerve impulses and brain activity you had when you first formed the memory. If you can disrupt the nerve firings, then you can’t create the memory—ever.

There are several ways to disrupt the firings:

1)   Particular proteins facilitate the process of forming a memory. If those proteins are stopped from being created, then you won’t form a memory. There are drugs that inhibit the protein.

2)   Xenon gas interferes with signal pathways in the brain, so if you breathe xenon gas it while recalling a memory it will erase the memory. Xenon gas is used as an anesthetic.

3)   Laser light can change genes and, in doing so, change a memory. The laser light turns genes on or off by stimulating or inhibiting proteins. Interestingly, this method of memory erasing, called optogenetics, is reversible. Amy Chuong (2014) now has developed a way of doing this that doesn’t require anything be implanted in the brain. It can all be done with light outside the brain.

And for those of you who do customer or user research… Uh oh… As a consultant I often do customer and user interviews and testing. During a user test of a clothing website, one person I was working with commented that he didn’t like the purple colors at the website. Half an hour later, when we were discussing his experience, he commented on how much he liked the purple color at the website. Another person I tested was using online banking software to send a wire transfer. The user experience of the product was poor. The person I was testing was so frustrated that she alternated between using bad language and being almost in tears. Half an hour later she said she thought the site was really easy to use. I told her she didn’t have to say that, that she could be honest about her experience. She looked at me in confusion and said, “I am being honest.” It had only been an hour or less, but even after that amount of time the memories of the experience are often different than the experience itself. Interviewing and user testing are one of the main ways to get customer and user feedback, but because they rely on memory, they are flawed methods. What’s a researcher to do?!