Economics gets a bad reputation for being wrong about things, or only measuring things in terms of dollars or GDP (gross domestic product).

But most of these “bad raps” are simply because people don’t understand what economics is, and what it is actually capable of.

When I talk about “economics”, I’m not talking about Adam Smith (Wealth of Nations), or Marx, or anything before the 1950’s really. Those guys were philosophers. They looked at the world, thought about things, and then made sweeping guesses about how the world worked.

They get credit for sometimes being right, but just because Aristotle philosophized that there must be some small finite particle because you couldn’t cut things in half forever, it doesn’t mean he discovered the quark!

Modern Economics only really came into its own in the late 1940’s or 1950’s, with the Milton Friedman generation. That makes the science maybe 70 years old at most! And that’s nothing. Modern physics got started in maybe the very late 1800’s, so imagine the difference between what we knew about physics in 1970 (which was a lot, we had nuclear power, etc…), compared to today. It’s a whole different level of sophistication and understanding.

Economics has come a long way, but it is a much newer field and simply hasn’t had time to fully blossom. It also helps your field if the largest nations on earth is pouring billions into research to make weapons to blow other nations up (ahem physics, computing, chemistry, etc…). So you have to forgive the field of economics for being a little bit behind.

With that lengthy precursor; how then does economics calculate value?

When economists try and figure out which decisions people will take, they have to compare apples to apples. There are a few ways to do this. The oldest trick is money, or money equivalents. Would you prefer a massage or a hamburger? Idk. So I instead ask how much would you pay for one or the other.

Just give each a “value” in dollars and compare, poof. Now we’re cooking.

The evolution of this method of comparing values is the idea of “utility”. Instead of money, you figure out how much something is “worth” to a human, or the utility the human gets.

The main way to measure this is still in dollars (money) instead of “units of utility”; which has little meaning. The best way to measure what a spouse cooked breakfast is worth is usually to illicit how much you would pay for someone else to make that same meal for you. But there are lots of different ways to calculate utility.

We don’t boil everything down into dollars (money) and compare the two values every time we make a decision. And once you get into behavioral economics utility amounts become even more important.

This is because the traditional economic assumption was that humans try to maximize their utility. The axiom, or assumption we take to be true is that we are rational, we want what’s best, so we maximize our utility. If there is a simple way to make $5 we’ll do it because that’s more than $0.

But, of course, there are many many times when that doesn’t happen! Just read the rest of these blog posts. That’s behavioral economics.

The answer is of course that we’re just measuring utility wrong. Traditional economics MISSES critical variables. Mind journey time! Think of a paperclip on a beach.

You are walking down the street with 3 of your closest friends in high school. It’s the suburbs so not a lot is going on.

It’s a tree-lined street, and farther down the street there are kids learning how to bike on a training bike. The sun is out, and birds are singing. It’s a very nice day.

On the ground off to the side of the sidewalk, you spot a crinkled $5 bill. Dirty, but totally spendable. You note “Oh! Look it’s $5!”, the friend walking on your left turns to you and says “Ew, that’s covered in dirt, you weren’t really going to pick that up, were you? It could be poop!”

You glance at your other friend to your left, and then to the friend to your right. All of them are staring at you with one eye raised and a grimace of slight disgust on their face.

Classical economics says you pick up the $5 because your utility of $5 is greater than $0, but of course you don’t pick up the free money. There is a hidden cost that traditional economic theories miss, which is the “social utility”. There is a social cost to your friends thinking you’re weird. Or poor. Or dirty. And that can be insanely powerful, more than a free $5 powerful.

It’s not that economics is broken or doesn’t work; it’s just that often it isn’t advanced enough to correctly calculate all the variables appropriately.

The first MAJOR behavioral economic papers in the 1970’s and 1980’s were all about different ways to calculate utility. There’s transactional utility, social utility, discounted utility, etc… etc… etc… It’s all just trying to reframe what humans are weighing when making their decisions. Some of it is because of fear of loss, or laziness, or social pressures.

I’ll probably devote an entire other blog post just to Kahneman and Tversky’s seminal, groundbreaking, famous-making paper “Prospect Theory: An Analysis of Decision under Risk” from 1979. There’s a reason those two are really considered the grandfathers of the behavioral sciences, especially behavioral economics. This is one of a few famous papers that really defined the genre.

In sum, their whole point was that economists were doing it wrong! It’s not about linear choices or straight classic rational decision making. And I quote from that paper: “people normally perceive outcomes as gains and losses, rather than as final states of wealth or welfare.”

So sure, your final state after you pick up the $5 is +$5 but that’s not the calculation you go through. You feel the loss of your social status, you weigh that decision not as finite, but in the moment. It’s complicated and messy, and human.

And that’s hard to measure; but discovering the Higgs Boson was hard too. It just takes time and refinement. Maybe a few Nobel Prizes, and a few billions of dollars for a huge research facility (CERN Particle Accelerator but for Behavioral Econ) would go a long way.

So I’m positive about the future of the field. And the concept of utility is an important one, and one you should understand. So that’s a brief primer on it.

Btw, I have attached a picture of what real full-fledged economics looks from the original Prospect Theory paper from 1979. The good news is that later papers are… more concise and have more fun field work, although the economic models are more complicated.

This segment is not from some crazy appendix by the way, but from the heart of the paper, perhaps outlining one of the more important points, which is the concavity of u (utility). So just in case you were worried about what you were missing… 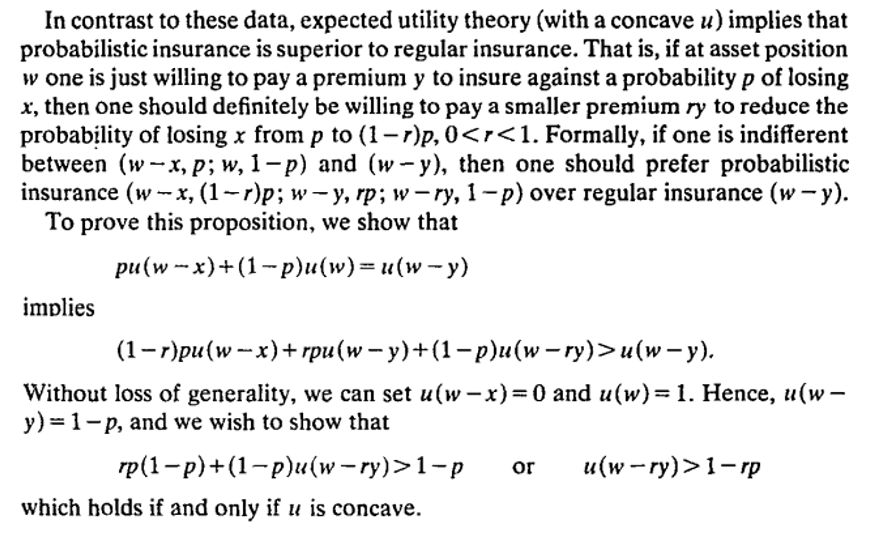 Also… this is a formula for the value of different prospects. Economics is so fun! 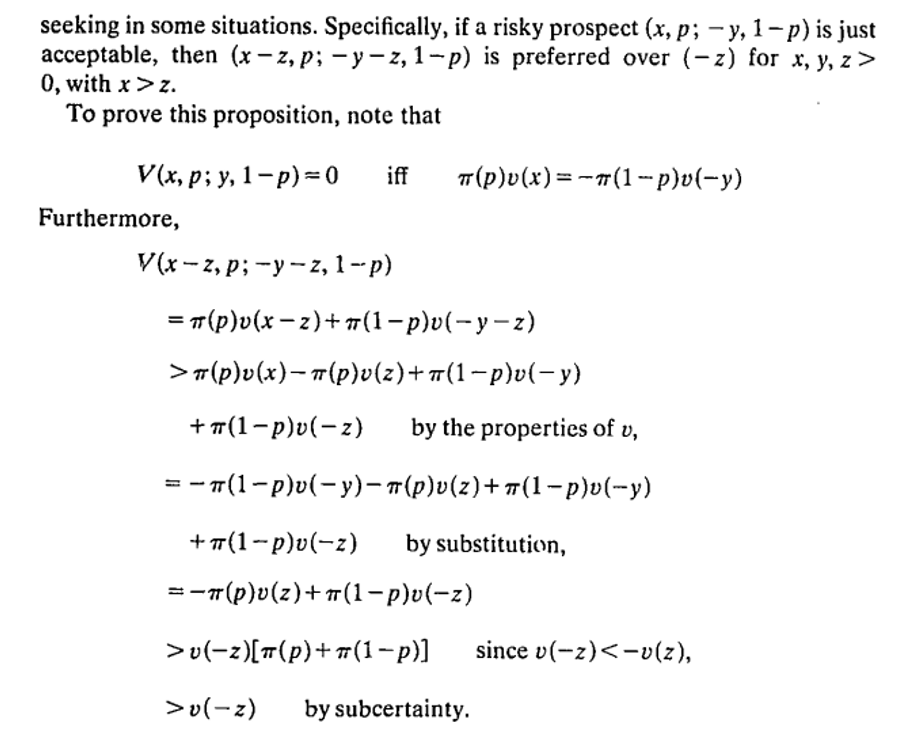 Don’t worry, they clarify this nicely later in plain English. I’d go through it, but I’ll save it for the post about Prospect Theory.

Why You Should Kanban Your Life: An Interview With Amii LaPointe
What Conference(s) Should You Go To This Year?