We can’t live without our smartphones. In this podcast episode we talk about people and their phones, why smartphones can hurt our relationships and what the future holds. 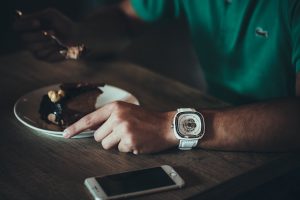 In some recent research for a client an online customer I was interviewing talked about going online to the customer’s site with her daughter and having mother/daughter bonding time while shopping online together. How many online shopping sites make it easy to shop together? What about a shopping experience and a shopping cart that allows and encourages two or more people to shop at the same time? On different devices? Even if they are in the same room.

How many times have you and a friend been online at the same site at the same time while in the same room and talking about what you are doing?

Intel’s experimenting with  Billboard. It puts a 2nd screen on the outside of your laptop that you can use to show pictures, or even show your texts with other people around you. What if you could mirror what you are doing online if you so chose, so that the person sitting across from you could see what you were doing without you having to move your chair or having them turn their laptop to let you see?

How can you use the power of social interaction to persuade and motivate?